There was no Google yet. Or Yahoo. Or Channel9.msdn, for that matter.

In 1963, the year of your birth, the top selling movie was Cleopatra. People buying the popcorn in the cinema lobby had glazing eyes when looking at the poster. 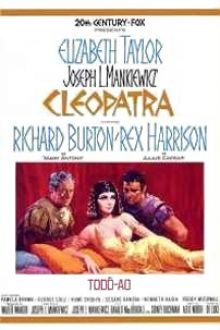 Remember, that was before there were DVDs. Heck, even before there was VHS. People were indeed watching movies in the cinema, and not downloading them online. Imagine the packed seats, the laughter, the excitement, the novelty. And mostly all of that without 3D computer effects.

Do you know who won the Oscars that year? The academy award for the best movie went to Tom Jones. The Oscar for best foreign movie that year went to Federico Fellini’s 8½. The top actor was Sidney Poitier for his role as Homer Smith in Lilies of the Field. The top actress was Patricia Neal for her role as Alma Brown in Hud. The best director? Tony Richardson for Tom Jones.

In the year 1963, the time when you arrived on this planet, books were still popularly read on paper, not on digital devices. Trees were felled to get the word out. The number one US bestseller of the time was The Shoes of the Fisherman by Morris L. West. Oh, that’s many years ago. Have you read that book? Have you heard of it?

That was the world you were born into. Since then, you and others have changed it.

The Nobel prize for Literature that year went to Giorgos Seferis. The Nobel Peace prize went to International Committee of the Red Cross. The Nobel prize for physics went to Maria Goeppert-Mayer and J. Hans D. Jensen from the United States and West Germany for their discoveries concerning nuclear shell structure. The sensation this created was big. But it didn’t stop the planets from spinning, on and on, year by year. Years in which you would grow bigger, older, smarter, and, if you were lucky, sometimes wiser. Years in which you also lost some things. Possessions got misplaced. Memories faded. Friends parted ways. The best friends, you tried to hold on. This is what counts in life, isn’t it?

The 1960s were indeed a special decade. The Swinging Sixties saw the rise of counterculture. There was recreational drug use and casual sex. Many countries gained independence from their colonial rulers. Several governments turned to the left. In Britain, the Labour Party gains power. The Vietnam War continues. The Algerian War comes to a close. In the US, Hispanics fight to end racial discrimination and socioeconomic disparity. Feminism keeps rising. Art House films make it to theaters. The Beatles, Bob Dylan and the Rolling Stones play their music. The US and Soviet Union come close to a military confrontation during the Cuba missile crisis. Nixon becomes US president. Man lands on the moon during the Apollo 11 mission of the United States. The first heart transplantation occurs. The first computer game, Spacewar, is created.

In 1963, 15 years earlier, a long time ago, the year when you were born, the song Walk Like a Man by The Four Seasons topped the US charts. Do you know the lyrics? Do you know the tune? Sing along.

Oh, how you tried to cut me down to size
Tellin’ dirty lies to my friends
But my own father said “Give her up, don’t bother
The world isn’t comin’ to an end”
…

6, 5, 4, 3, 2, 1… it’s 1963. There’s TV noise coming from the second floor. Someone turned up the volume way too high. The sun is burning from above. These were different times. The show playing on TV is Search for Tomorrow. The sun goes down. Someone switches channels. There’s Mister Ed on now. That’s the world you were born in.

Progress, year after year. Do you wonder where the world is heading towards? The technology available today would have blown your mind in 1963. Do you know what was invented in the year you were born? The Computer Mouse.

I find it to be magical
I feel like I’m loving you in 1963
Flowers in my hair, now
Little bitty hearts upon my cheek
Baby, you’ll be on my mind
Till I kiss you next time
…

That’s from the song 1963 by Rachael Yamagata.

In 1963, a new character entered the world of comic books: Cyclops. Bang! Boom! But that’s just fiction, right? In the real world, in 1963, Mike Myers was born. And Tori Amos. Helen Hunt, too. And you, of course. Everyone an individual. Everyone special. Everyone taking a different path through life.
It’s 2010.

The world is a different place.

What path have you taken?

This site uses Akismet to reduce spam. Learn how your comment data is processed.